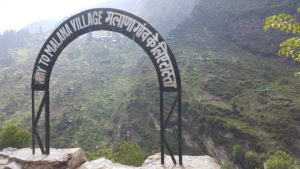 9500ft. above sea level lies an enchanting little tiny hamlet on the slopes of the Himalayas surrounded by the pine trees . By now most people would be familiar with Malana.  It would not be an exaggeration to say that Malana is one of India’s most marketed village and is no longer a secret that people claim it to be.  The unofficial Hash capital of India where travelers and backpackers come to seek the unworldly pleasures. The myths and legends of this place has grown into an enigma. 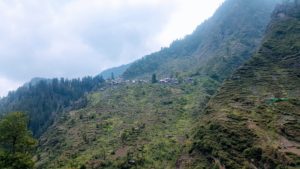 Malana Village on the slopes of Dhauladhar

Lurking on the foothills of Dhauladhar range, Malana is completely isolated from monotony of city’s culture. It’s situated near Kasol another wonderland for charas and hash smokers. If you’re starting from Delhi, you can catch a bus leaving for Manali and get off at Bhuntar.  From Bhuntar it is a 2 hour ride on taxi to the starting point for a Malana trek. It is an approximately an hour trek  (2 Kms.) to Malana depending on how fit you are. A little steep but easily doable.

Unraveling the Myths,Facts and Legends of Malana

1. The Village That Grows The World’s Best Hashish, Shh….

Malana cream is quite famous across the world, even in the lanes of Amsterdam.   There are two variants of Hash in Malana the Red Ice and Malana Cream. There were made popular by Italians and Greeks who had come in Malana who made these and were later taken up by the villagers here. This is their major source of income. You will find small children selling you stuff the moment you enter the village. Though smoking and selling all forms of hash is illegal in India but the village of Malana has political patronage as without this, the villagers would lose their livelihood and cease to exist. So don’t worry about the cops when you enter the village but do not take the stuff out as the are police check posts in the nearby highway checking everyone. 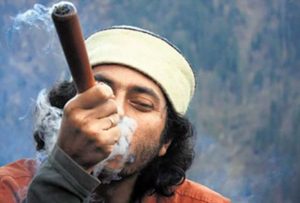 Partially true, there are few villagers you’ll find with white caps usually near their place of worship who should not be touched, in fact they avoid people from outside so you don’t have to worry about that. Also there are few places of worship which will incur fine(it’s mentioned in these temples) if touched by visitors. If someone does touch them and is caught by villagers, everyone in the village will gather around hissing in some strange language  and will demand the fine for animal sacrific to purify the temple. 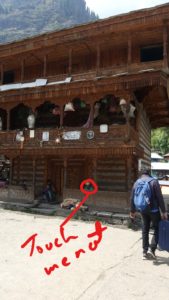 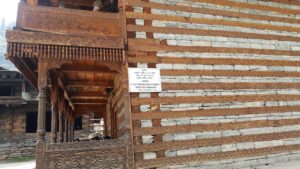 3. The Descendants Of Alexander The Great 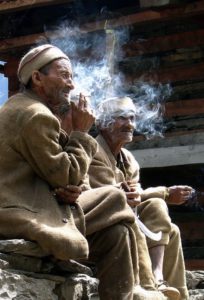 No one has a clue as to why would Alexander decide to come to this remote village. Clearly a fabricated rumor to add to the aura of the village. According to legends Malana was ruled by a demon (rakshas) who was finally defeated by Indra. Their language reflects that and is different from every other Himachali dialect. The language is called Kanashi, is unintelligible for outsiders from the Kullu or Parvati Valley. It has been classified as a Sino-Tibetan tongue.

4. Malana – One of the world’s oldest democracy

It is true that the villagers do manage their own state of affairs but the title of world’s oldest democracy seems to be far fetched. The people here enjoy political patronage and are left untouched by outside interference 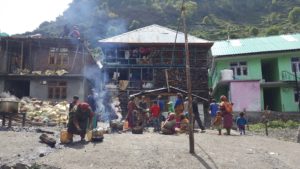 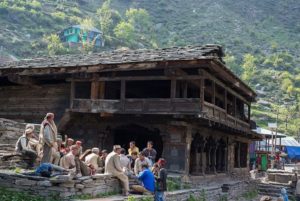 A gathering in Malana village

There are two important festivals celebrated in Malana. One called Badoh mela celebrated in August and the other called Fagdi mela in February. Holy relics of Jamdagani Rishi in the form of instruments, jewellery, garments are kept on display. Men and women dance in their traditional attire consisting of chola, kalgi (round cap) and tight pajamas. 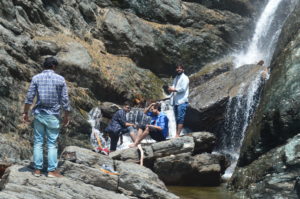 Where to stay and places around Malana

There are many guest houses in Malana but to have the best view stay at the top in the Red Dragon. The lodging is clean but there is only one common toilet which is quite dirty.

From  Malana you can trek to chandrakhani pass which is a 6 t0 8 hrs trek or also to go towards the Malana falls 30 mins from red Dragon.

PS: Remember to bring your own alcohol as you cannot buy alcohol in Malana.