“The stories we love best do live in us forever, so whether you come by page or by the big screen, Hogwarts will always be there to welcome you home ”   — J.K Rowling 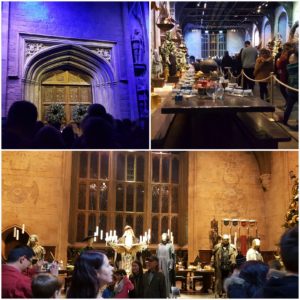 The Great Hall of Hogwarts

It’s been 16 years 2 months 23 days since I first picked up the first book Harry Potter and the Philosopher’s Stone and turned over the first page The Boy Who Lived ,but it feels only yesterday that I was reading the book and escaping into the fantasy world of wizards where every wish was fulfilled by a swish and twish of a wand. The Boy Who Lived is still hiding somewhere in the some corner of my memories fighting the evil Lord Voldemort (Sorry!  You Know Who ). 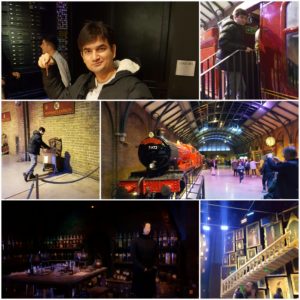 The Warner bros studio in Watford is a must for every Harry Potter fan and the closest thing to the wizarding world. The muggles finally have something to cheer about. The moment I entered the studio I could feel the magic in the air. Sneaking through Diagon Alley and making my way into platform 9 3/4 , catching the Hogwarts express to entering the magnificent great hall of Hogwarts which made me feel like a 11 year old waiting to be sorted, and hoping I would end up being a Gryffindor. Dining in the great hall with Dumbledore winking and deadly stare of Severus Snape upon me. Here I was sitting in the potions class, listening to the snide remarks of Severus Snape, entering the laborious office of Dumbledore with the portraits of all headmasters watching me from the sides , or strolling in Hogsmeade village and having butterbeer at The Hog’s Head( only Hermione missing from the scene ). 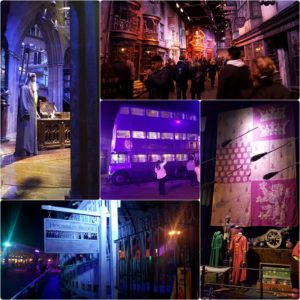 Imagine sitting with friends in the Gryffindor common room talking about the next quiditch game, the thrill of touching Firebolt , and wishing I could ride it escape the badgers and catch the slippery snitch. Walking over the bridge of Hogwarts and catching a glimpse of Hagrid’s hut, the fantasy was being relived. This place certainly brought back the memories and made me wish I was 11 again. 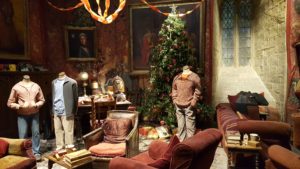 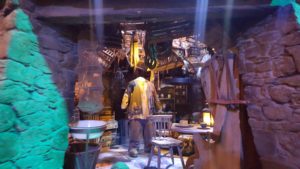 One Reply to “Living the Magic of Harry Potter : The Warner Bros Studio”